A few months ago, I received a call from a client who asked if I’d consider narrating a video game that he was creating. I said, ‘Sure. Tell me about it.’

He told me he’d spent the last nine months working on it.  He’d registered as a developer, found programmers and started coding. He had planned to do the narration himself. However, his prototype needed to be ready for testing by the end of the month and it didn’t sound right. The pacing was awkward and choppy sounding, production wasn’t right and the voice wasn’t working. At this point, he needed narration done within the next two days to meet his deadline!

He sent me the script, along with screenshots of what the game concept is. It was no problem to turn it around in time. How much pressure would he have saved himself had he hired a professional voice talent/producer in the beginning? Just like anything else, narration can be the icing on a production’s cake that either makes or breaks the project! Curious how the game turned out? Check it out on Youtube, Rachel Alena and choose the video ‘Agent 43’. 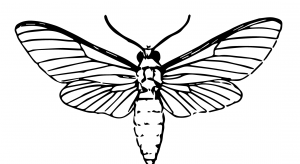 What Top 5 animals have the best hearing ?